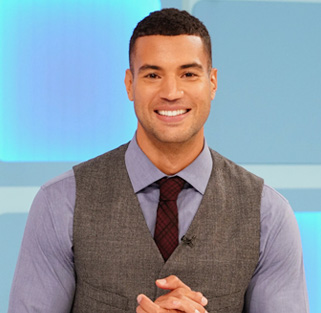 Devin joined the THE PRICE IS RIGHT in 2018. Originally from Pittsburgh, PA, he spent his childhood on his grandparent’s farm before going on to play collegiate football at Slippery Rock University. He signed as a free agent with the Baltimore Ravens, but after suffering a hamstring injury, Devin decided to pursue a career in modeling. In addition to his role on The Price Is Right, Devin has been seen in national campaigns for Macy’s, Under Armor, Calvin Klein, among others.

Devin’s birthday is May 5, and he splits his time between New York and Los Angeles.